Can you stop the Business Demons from fracking & burning your lands to the ground? Test your skills in the bumpiest, bounciest tactics game EVER MADE! Gem Wizards Tactics is a 1P turn-based tactics game with randomly generated maps and strange asymmetrical factions!

Gem Wizards Tactics has won the award for BEST GAME DESIGN from the Unfold Games Awards!

Gem Wizards Tactics is a turn-based strategy game with randomly generated maps and weird asymmetrical factions! Designed around endless single player play, Gem Wizards Tactics has three factions each with their own unique abilities which not only combine within factions, but you can also pick up units from other factions and combine them into your army to create totally unheard of new strategies!

A new kind of single-player wargame

In many ways, Gem Wizards Tactics will feel familiar to fans of Advance Wars, Fire Emblem or X-Com. But unlike these games, many maps are randomly generated, and enemy units are spawning randomly as well. This means that the challenges are much less puzzle like, and a lot more emergent and surprising—so your strategies will have to be as well. In this original turn based tactical war game, you take your army through a series of battles in which you’ve gotta capture the flags before taking too many losses!

Take tight, puzzle-like tactics in the vein of Into the Breach and 868-HACK, add a big Fire Emblem-style overall package, and wrap the whole thing up in a nintendolicious candyflake aesthetic, and you have the new @keithburgun game, and it's great. - Frank Lantz, Director of the NYU Game Center

Gem Wizards Tactics is a whimsical and approachable turn-based tactical game, much like Into the Breach; 3 asymmetric factions, procedurally-generated maps and enemies, excellent synergies. Super fun.” - Designer Plays on Steam

For the most part, every unit is extraordinary, which provides an excellent amount of depth when it comes to strategizing. - Turn Based Lovers

I also care deeply about what my players want to see in the game, so if you have any thoughts or ideas, please come chat with me on the discord about what you'd like to see in the future of Gem Wizards Tactics!

In order to download this game you must purchase it at or above the minimum price of $11.99 USD. You will get access to the following files:

Absolutely! My apologies. We're also working on a killer 1.43 patch and I'll make sure that gets up here <3

I dig your stuff enough i might buy on steam too to keep updated.

Uploading 1.47 now! Which should be the last new version for awhile while we get the game on other platforms. Enjoy the new faction! 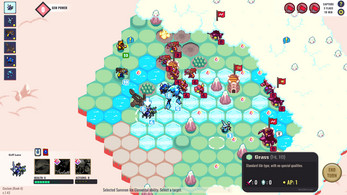 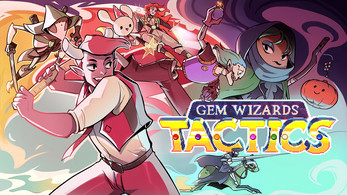 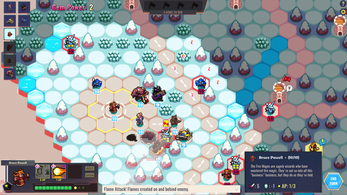 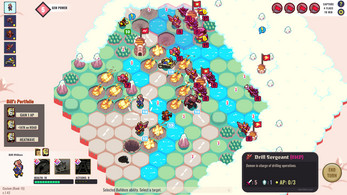 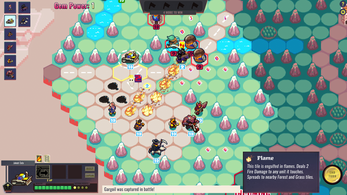 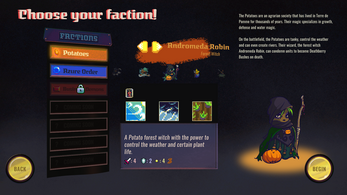 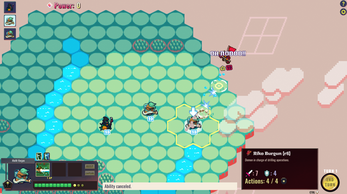